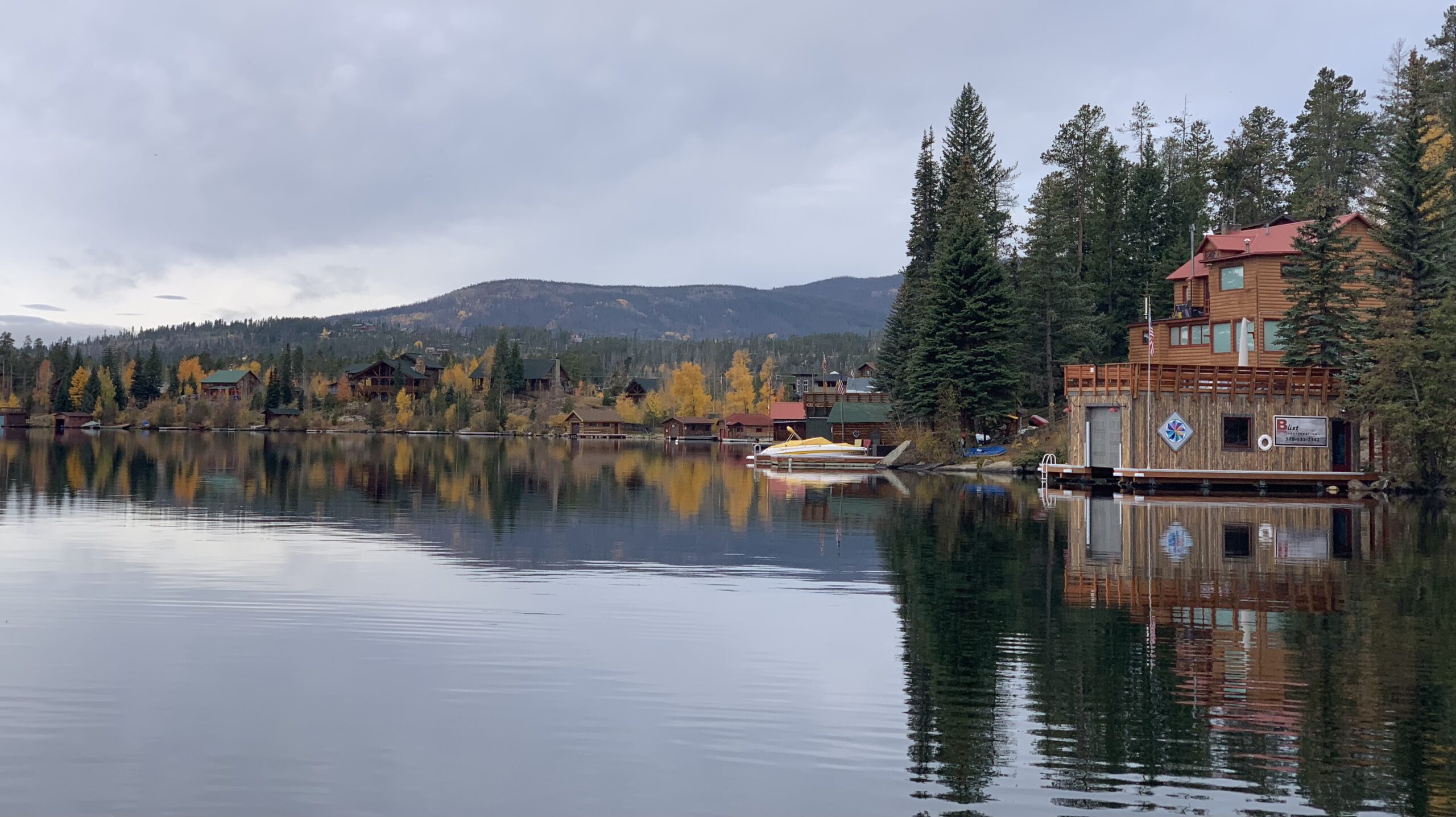 2 house keeping notes: if you need a refresher on yearly themes, go here. If you’d rather listen to this, check out episode 248 of How I Built It.

In college, I had a friend named Marc. Whenever I asked Marc how he was doing, he’d say, “I’ve never had a bad day in my life.” He said even if there were bad moments in the day, he wouldn’t let it ruin the entire day.

I know this was back in the before time1, and a lot has changed. But that point of view has stuck with me ever since: don’t let one point in a 24 hour period ruin all 24 hours. I’ve seen a lot of people talk about how terrible 2021 was for them. I generally don’t look at full years as terrible, even if there were several terrible moments.

Looking back at my journal, it’s easy to think my whole year was terrible. At the end of each day, I’d write how I was feeling, and the word “stressed” came up more than any other2. And several times, positive feelings were preceded by the word, “actually.” As if I were surprised to be happy for a moment.

That isn’t true. But it was easier for me to capture the negative feel s for some reason.

Seems like a year of less would do me good. But not really less of everything. I need to do less of some something specific — over commitment. So I’ve come up with The Year of Retreat.

As is customary with these posts, before getting to that let’s see how I did with my 2021 theme: The Year of Opportunity.

Grading The Year of Opportunity

Overall, I think I did pretty well. I said yes to more of the right things, no to other things, and made some big changes in my life.

The first big payoff was the free, $400 headphones I got from Wix for not ignoring them when they slid into my Twitter DMs. I’m counting that as a “first” because it was the first major “year of opportunity” decision I made.

I also implemented a better process for guest pitches for my podcast. While I used to say “no” outright to them, in 2021 I created a simple form with leading questions; I’m easily able to send responses to those applicaitons. As a result, I’ve had some fantastic interviews I otherwise wouldn’t have had.

Anyone whom I’ve hung out with or shared a meal with since May will know I was diagnosed with Type 2 Diabetes. While it was a shock (thought it shouldn’t have been), I used it as an opportunity to make real changes.

As a result, I’ve lost nearly 40 lbs, sleep better, and feel healthier. I had blood work done in December, and my blood sugar was back in normal range. My doctor even cut my medication in half3.

You know those jobs you think would be perfect for you? That you will kill to get, pray your application is accepted, and that you crush the interview? I got one of those offers. Without having to apply or interview.

The only problem: I’d spent all year making moves in my own business, getting it to a place where I’m poised to do very well in 2022. I feel like the 4+ years of work I’ve put in is about to pay off. I wasn’t ready to put that on the side.

This was a situation where my Year of Opportunity guided me to be open, but ultimately choose a different path.

My wife and a couple of my friends know how much I labored over the decision though. And for a while I wondered if it was the right one. But I’m optimistic going into 2022.

For about 7 months, I did BetterHelp. Therapy was something that I suspect became de-stigmatized in 2020. But I always viewed therapy as something I didn’t need. I’d just muscle through the emotional angst.

Then one day at the end of 2020 while I was watching my kids, and I had the closest thing I’ve ever had to a panic attack. My 3.5 year old daughter brought me water and a blanket. I was simultaneously touched at how thoughtful and empathetic she was, and sad that my child felt like she had to take care of me.

So I got help. And from late December/early January to the end of June, I spoke weekly to a therapist who specialized in helping parents with small children.

I took the opportunity to get the help I needed, and I was tested pretty immediately after it ended. In my last session, I told my therapist that in the last week or so I found out I had Diabetes and we were having a 3rd kid…much sooner than we were planning.

I knew the immense stress was temporary, but having someone to talk to was so important during that time.

Yeah I was on my phone too much. Way too much. Like, my daughter would hide it from me.

I made some pretty huge changes in 2021 thanks to my yearly theme. I changed my thinking, expanded my network, and am physically and emotionally healthier.

But there are some places I need to improve, now that I’ve given myself lots of opportunities.

The Year of Retreat

The idea came to me while I was reading The Authority Code by Rochelle Moulton, who is the first guest on my podcast this year. She said this:

“If you’re happiest teaching a room full of real estate agents how to sell, wouldn’t you outsource everything else you possibly could?” (Rochelle Moulton, The Authority Code)

The idea being: only do the things in your business that make you the happiest (and in-turn, the things that build your authority and make you money). Over on Podcast Liftoff, I wrote about how mowing the lawn costs you money, which is a similar idea.

That serves as the thesis for my yearly theme. The Year of Retreat is two-pronged — one for each meaning of the word “retreat”:

To accomplish this I plan to focus on a few areas.

Time management will be the biggest area of improvement, and key to making the Year of Retreat a success. I’ll need to:

And there are some tangible goals associated with these actions:

Something I said to my wife before Christmas was I don’t feel like I have any margin. I didn’t have the headroom I thought I needed to focus on, instead of in, the business. To combat that, I’m going to:

Putting myself in a situation where I’m not going to be checking my phone will allow me to work, or read, or think, distraction free for a bit. Adding in that margin to clear my head, combined with working on the right projects, should also make me less distracted when I’m with my kids — meaning less screen time there too4.

There are a couple of things I did in 2021 that I thought were more opportunistic, but ended up creating more stress, so I’m going to retreat from them too.

One is the sheer volume of content I put out. At one point, I was doing 2-3 podcast episodes, plus 2 YouTube videos, plus a blog post, plus a live stream per week. That’s too much, and quality suffered. So instead, I’ll focus on creating quality content, not a large quantity. I will still be consistent. But it will be better, less frequent content.

A second is create and launch one cohort-based course5. I still want to create courses, but CBCs align more with my goals: less content upfront, quality for the students, and the ability to charge more because I’m teaching it in real time.

I also want to find communities outside the WordPress space6 to participate in: podcast, author, speaker, educator communities. The strategy I’ve relied on here is leaning into my WordPress connections to move into other spaces. Really what I need to do is move into other spaces…and perhaps be a WordPress expert there. But with my focus outside the WordPress space, I need to get in front of the biggest benefactors of my services.

Having specific numbers in mind is generally antithetical to yearly themes. But I do run a business, so do have some numbers in mind. My members can hear what they are in the audio version of this post.

But I’m optimistic. With being a family of 5 in 2022, more (focused work, income, time), with less (stress, unnecessary obligations, spending), is exactly what I need from the Year of Retreat.